For those of us involved for many years with Mayo Male Voice Choir, the night of Friday 12th April in Louisburgh Town Hall has to be right up there with the very best – a special night and a very special performance.

As with every successful sports team, so too with choirs, achieving success depends on the level of practice you put in, and as a choir we felt lately that we were due a very big performance as our practices have been going very well and it has been a pleasure to be a part of it. We were heading home after practice with amazing songs such as the “Shanandoah” and “The Rose” ringing in our ears in four part harmony!

The night was organised by Catherine Macleod (formerly Morahan and daughter of the the great Basil Morahan) and our own Michael Basquille. Catherine also directed the Louisburgh Junior Church Choir and was accompanied by Valerie Quirke. The MC for the night was Tommy Morahan who did a super job throughout and also educated the audience on the Order of Malta through offering spot prizes for the answers to Louisburgh Order of Malta questions.

The concert opened with the Junior Choir who performed brilliantly – there must have been many proud parents in the packed audience delighted that they had come along to support their talented stars of the future. The MMVC were next on stage, directed by our accomplished director, Deirdre Lee and ably accompanied by the talented Rebecca Cresham, on piano at first and later by the indefatigable master himself, George Lee. From the first song “Nothing Like a Dame” through “When I’m 64” and on to the very popular “Teddy Bears Picnic” it was obvious that the members of the choir were really enjoying singing and the audience were enjoying hearing all the great songs.

Louisburgh native, Anne Marie Gibbons, mezzo soprano came on stage and performed several songs including the beautiful “Time to Say Goodbye”. At that point you could hear a pin drop in the hall. She also sang “O Virgin of the Angel Host” with the MMVC. The Louisburgh audience were proud to welcome back one of their own.

A special surprise was announced as the evening progressed when Catherine Macleod, the Junior Choir director was invited on stage to sing a duet with Michael Basquille, of MMVC, the beautiful “Let the Rest of the World Go By”. A sustained round of applause followed Catherine all the way to her seat in the audience.

However, the highlight of the evening had to be when the Junior Choir joined MMVC on stage and sang “A Mhuire Mháthair”, without any rehearsal with the MMVC beforehand. They sang brilliantly and were not in the least overawed by the big men behind them. Catherine said afterwards she was very moved and extremely proud of her protégées.

The curtain came down on a truly memorable night with a rousing rendition of “Alexander’s Rag-Time Band” after which the MMVC got a standing ovation. Tea and snacks were gratefully received upstairs before the MMVC members adjourned to the Bun Abhainn pub for a well earned pint or two! Fair play to Jim Corrigan of Order of Malta, who stayed till the end to ensure that all boarded the bus safely!

The members of the MMVC would like to thank everyone involved for the invitation to perform, for providing our bus, for the great welcome from the moment our bus arrived at the venue, for organising the stage, tiered steps, organ and especially the much appreciated tea/coffee and snacks afterwards. It was a special night and it was great to be a part of it. 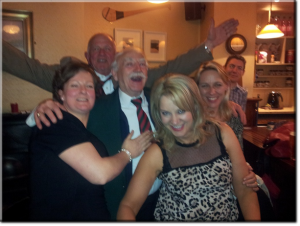 End of the Night – very quiet and subdued as you can see! 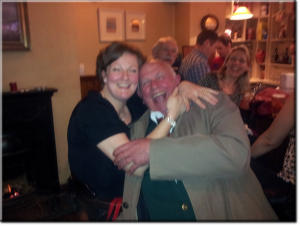 Catherine gets to grips with Eamonn! 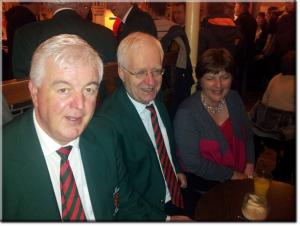 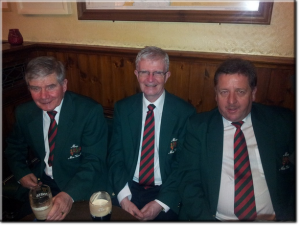 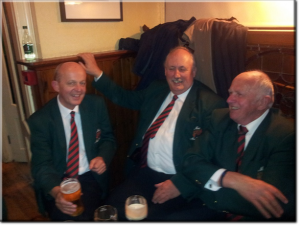 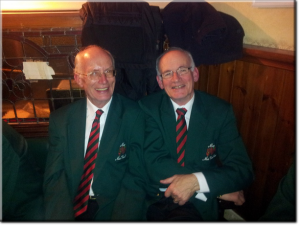 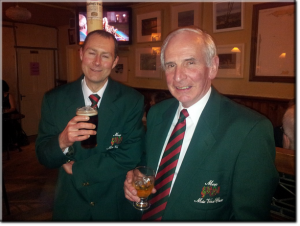 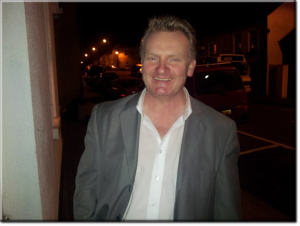 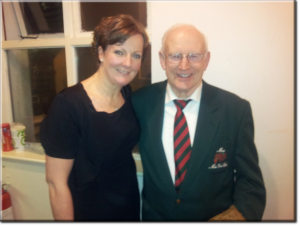 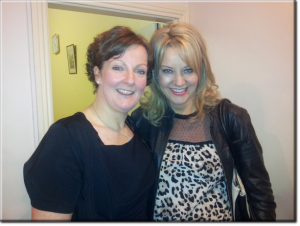 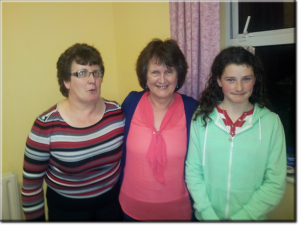 The tea ladies – many thanks, it was lovely. 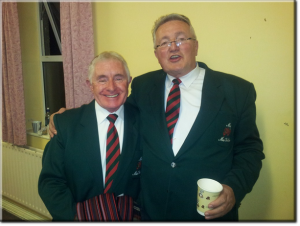 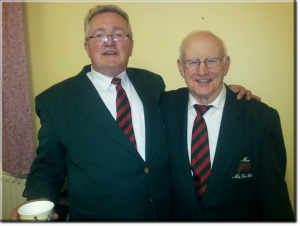 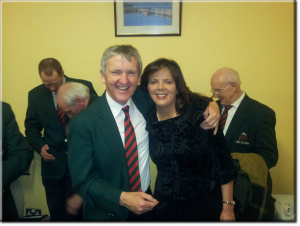 Adrian and Deirdre – hard to get her to stand still! 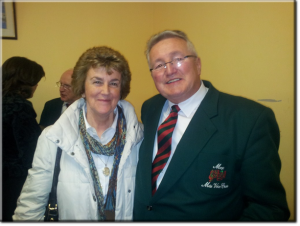 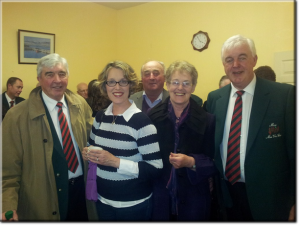 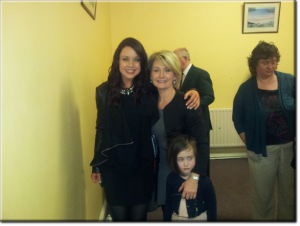 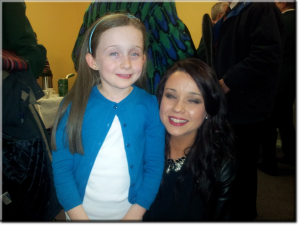 Rebecca and her niece 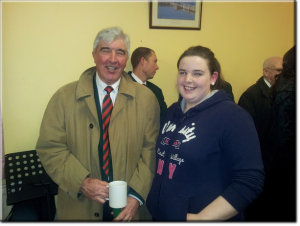 Jim and one of the Louisburgh Choir. 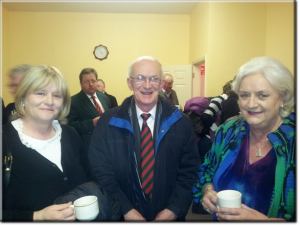 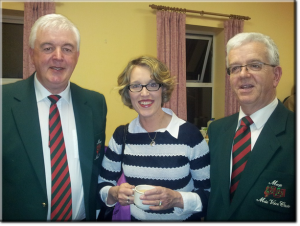 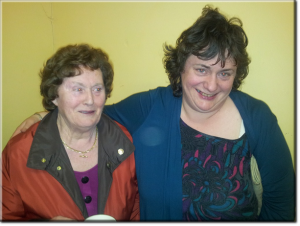 Members of the Louisburgh audience on the night. 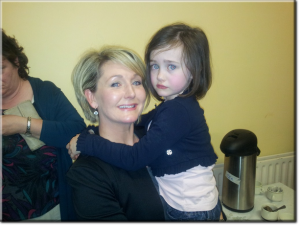 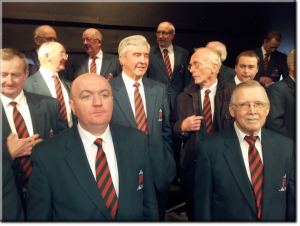 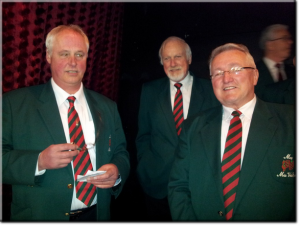 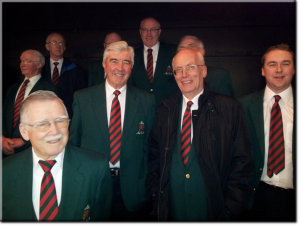 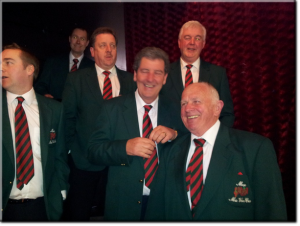 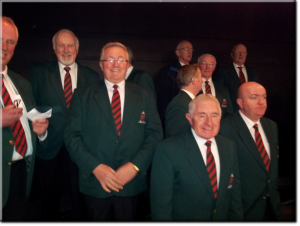