It is with deep, deep regret that we heard of the sudden death of Aidan on Thursday last. An early photo call had been planned for 7 p.m., when he heard the sad news. Naturally, the practice was cancelled, as everyone was in shock and as a mark of respect for a very valued choir member. Indeed, Eugene McCormack pointed out that Aidan had earlier contacted him about the photo call and that he had asked Aidan to leave a space beside him to include his picture at a later date as he had a council meeting. Little did he think that his good friend would not be able to make the photo call either as he was suddenly called home.

The great turnout of choir members on Friday night and Saturday afternoon for the funeral services was testiment to the respect that our choir had for the quiet man of music. Aidan had been instrumental in encouraging his fellow Ballinrobe members to join the choir many years ago and since then the Ballinrobe commitment to the choir has been greatly appreciated by all fellow members. Indeed Roddy Moran is our current chairperson and Walter Loughrey our honorary president.

From talking to fellow choir members and from the very moving tribute by his son Edward at his funeral mass, it seems Aidan was enjoying his choir participation more than ever this year and looked forward to his trips to Castlebar on Tuesday and Thursday nights.

His quiet presence will be sadly missed by all of us and most especially by his Ballinrobe friends and fellow choir members. The members of The Mayo Male Voice Choir extends their deepest sympathies to his wife, Evelyn, his children, Anna, Emma and Edward and to his extended family at their sad loss. May he rest in peace.

The photos below were taken by Eugene McCormack in Prague. 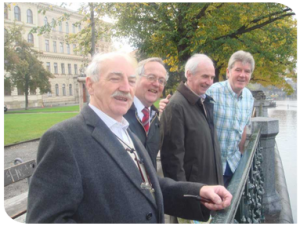 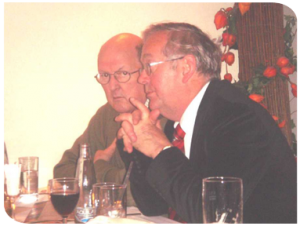 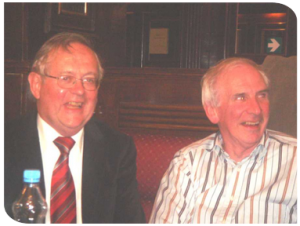 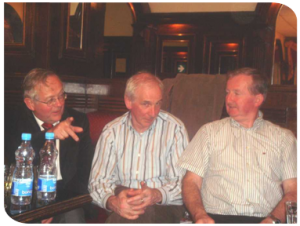 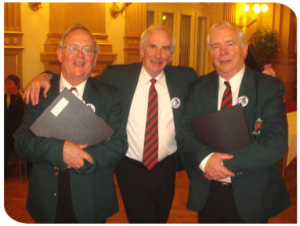 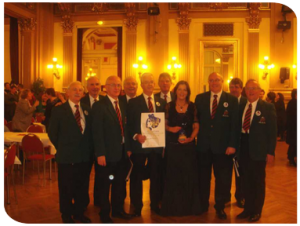 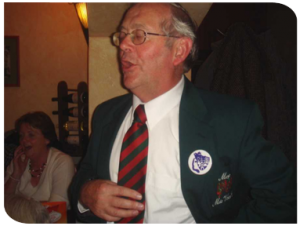 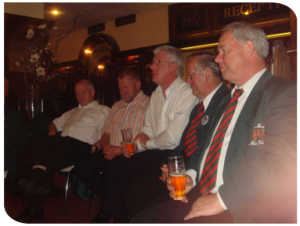 From: The Mayo News

The death has taken place at his residence of Aidan Sheeran, Neale Road, Ballinrobe. His sudden passing evoked deep regret in the area. A native of Coolrain, Co Laois, Aidan, who was in his early seventies was appointed to the staff of the Bank of Ireland, Ballinrobe in 1977, where he served until his retirement some years ago.
Self-effacing by nature, Aidan made a notable contribution to the life of the community. He was treasurer of the Lakeside Sport and Fitness Club for a period and had associations with the local Golf Club and Ballinrobe Musical Society, acting as an usher at the annual production. He organised the annual Croí church gate collection, and his love of singing found a ready outlet in the parish choir and the Mayo Male Voice choir. It was fitting that both rendered hymns at his Funeral Mass.
His remains were removed from St Joseph’s Funeral Home to St Mary’s Church, Ballinrobe and the burial took place in the new cemetery after concelebrated Requiem Mass on Saturday, March 9. Fr Conal Eustance PP, the chief celebrant was assisted by Fr Martin Costello and Fr Vincent Kelly, a relative of the deceased. The large and representative attendances on both days reflected the high esteem in which Aidan was held and members of the Mayo Male Voice choir and the Golf Club formed a guard of honour. Aidan is mourned by wife Evelyn, son Edward, daughters Emma and Anna, sons-in-law David and Eamón, daughter-in-law Michelle, grandchildren Mark, Brian, Andrew, Jane and Tadhg, sister-in-law, brothers-in-law, nephews and nieces.